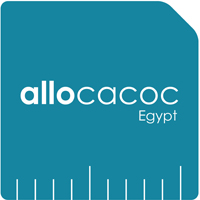 Allocacoc is a different standard.
Eventually we want to get at least one of our products into every household worldwide, from the richest household in NYC to the most remote one in Malawi.
This is a very ambitious vision, which influences everything we do, from design up to production and sales.

Allocacoc was founded by Yixia Jiang and Arthur Limpens, two industrial design engineers from the Delft University of Technology in the Netherlands.
Since its inception, Allocacoc focuses on setting a different standard. Such a standard is not limited to a country’s borders, so we had a strong international focus already from the beginning. In fact, our first order did not even come from the Netherlands, but from Germany.

2010
Allocacoc was established in Delft, the Netherlands, aiming to set “a different standard.”

2014 Allocacoc office established in Shanghai, China. To adapt to the local market, a Chinese name of the brand was adopted: 阿乐乐可。

In the same year, the PowerCube received the RedDot Design Award.

The PowerBar was rewarded with the GIO Design Award in the Netherlands.
2015
Product development center established in Shenzhen, China.

The Latest Available Products in Market